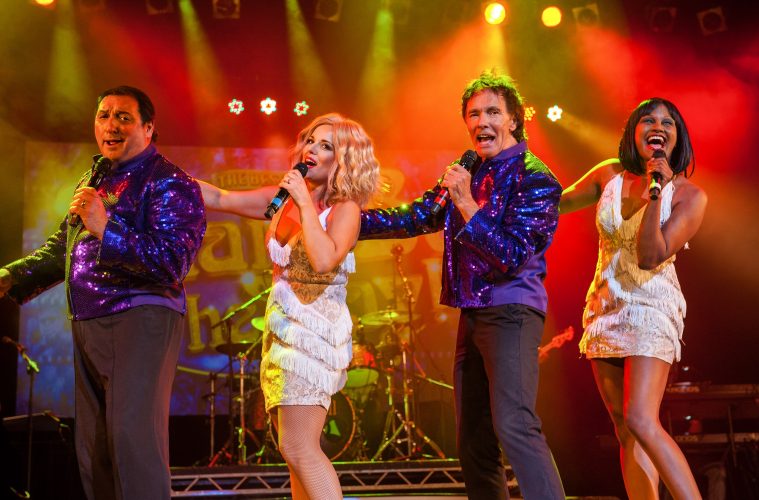 That’ll Be the Day, 24 March at The Congress Theatre

That’ll Be the Day, 24 March at The Congress Theatre

NO INTRODUCTIONS NEEDED…THAT’LL BE THE DAY RETURNS THIS MONTH

THAT’LL BE THE DAY

The legendary show That’ll Be the Day has already performed to over five million people in the last three and a half decades, including several super fans that have seen the show over 500 times and three people that have seen the show an incredible 1,000 times! Join the party at the Congress Theatre on 24 March and find out what you are missing!

Director, producer and performer Trevor Payne says: “The show has developed right along with our audiences and we never take for granted the fact that they expect the best from us. We always work hard to deliver the highest possible production with great attention to detail to make sure our audiences have a great night out. We completely change the content of the regular show every year to keep it fresh as we know our audiences come back year after year.”

“It’s all down to the commitment of all involved – the crew, cast and creatives and all of the people behind the scenes – it’s a real team effort,” adds Trevor.

A fun, fast, fabulous two-hour production takes you on a memory jerking journey through the history of pop music. From the Skiffle bands and Juke Box Jury of the 1950’s and 1960’s, through to the Beatles and swinging London via the Summer of Love and the spangle-studded Glam-rock era of the 1970’s.

Trevor has written a book about his time with That’ll Be The Day, filled with some extraordinary stories from 35 years on the road. The book, released 2021, is a must read for any fans of the show wanting to know more about Trevor’s time on and off the prestigious That’ll Be The Day stage.

Enjoy the unashamedly nostalgic rollercoaster ride through the ‘golden’ age of Rock and Roll and Pop with That’ll Be the Day as it returns to the Congress Theatre 24 March, 7.30pm.  Tickets £28.50, Restricted View & Terraces £25.50. Book online at eastbournetheatres.co.uk with view from seat and print-at-home tickets or call Box Office on 01323 412000.