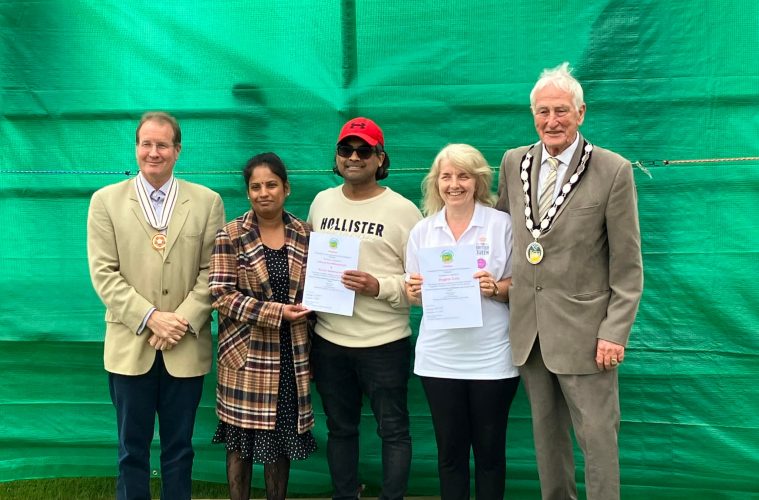 The British Queen Willingdon had their annual charity event on Friday attended by more than 500 people – its biggest charity event to date.

Landlady Angela Cain works her absolute socks off year after year raising thousands for charity. Her staff worked tirelessly behind the bar and even regular customers and ex-staff members jumped in to help with this huge event.

Landlady Angela Cain was presented with a recognition of many years of service to the residents of Willingdon award at the Music In The Park event that took place in Huggetts Lane Recreation Ground.

She is now officially Honorary Freeman of the Parish of Willingdon in the County of East Sussex.

Also a huge congratulations to Raj from Your Shop – Farmlands Way – who was presented with the same award!