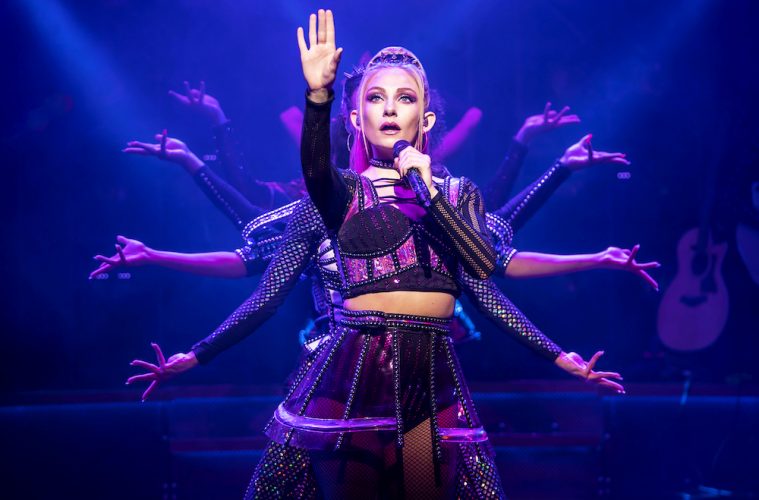 The multi award-winning musical phenomenon SIX, written by Toby Marlow and Lucy Moss, announces a new cast for the UK tour who will be coming to Eastbourne’s Congress Theatre from 31 May – 5 June.

Grace Melville, Leesa Tulley and Natalie Pilkington (Dance Captain) will be joining the cast as Alternates, with Super Swing Harriet Caplan-Dean. The cast are backed by the show’s all-female band, The Ladies in Waiting. Cast member Natalie Pilkington was interviewed on the fifth Eastbourne Theatres podcast, listen here https://anchor.fm/eastbourne-theatres .

Six follows the six wives of Henry VIII as they take to the mic to tell their own personal tales, remixing five hundred years of historical heartbreak into an 80-minute celebration of 21st century girl power.

Since its early days as a student production in a 100-seat room at the 2017 Edinburgh Fringe Festival, the show has fast become a global musical phenomenon. SIX currently has productions playing on Broadway at the Brooks Atkinson Theatre and at the Sydney Opera House prior to an Australian and New Zealand tour, with a major US tour coming soon. Meanwhile, back on home turf, the London production is now enjoying its third royal residence in the West End at the Vaudeville Theatre and the UK tour continues its nationwide reign.

It was nominated for five Olivier Awards including Best New Musical, won the BBC Radio 2

results show of ITV’s Britain’s Got Talent and BBC’s Children in Need Appeal Show. Celebrating the global success of its songs with over 300 million streams and over 3 billion views on TikTok, the original studio album of SIX has officially turned Gold, marking over 100,000 sales in the UK and will be released on vinyl in March 2022.