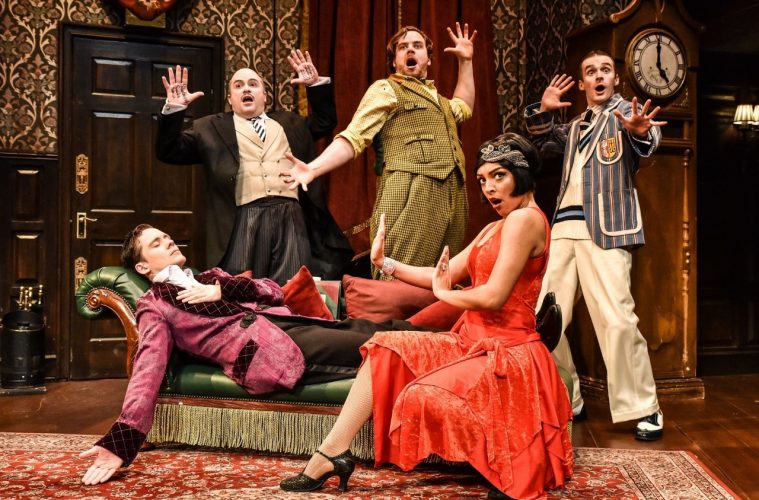 THE PLAY THAT GOES WRONG

Following three previously sold-out tours, The Play That Goes Wrong, the Olivier Award-winning box office hit, will return to Eastbourne, playing this time at the Congress Theatre, from 30 August – 4 September, bringing a ton of fun and calamitous chaos!

The show’s success is a testament to the hard work and determination of a group of drama school graduates who became friends, set up a company under the name ‘Mischief’ and created an extraordinary body of work. The Play That Goes Wrong shows no signs of slowing down since its first performance at a London fringe venue with only four paying customers. Since then, it has played to an audience of over two million and now has productions in over 30 countries.

The play features the (fictional) Cornley Polytechnic Drama Society who are putting on a 1920s murder mystery, but as the title suggests, everything that can go wrong … does! As the accident prone thesps battle against all the odds to reach their final curtain call, hilarious results ensue!

Mischief’s other West End successes include Peter Pan Goes Wrong and A Comedy About A Bank Robbery and last year saw a brand new six-part TV series for BBC One: The Goes Wrong Show, written and performed by the original founding Mischief Theatre members.

Tickets priced £22 -£35 can be booked online at eastbournetheatres.co.uk or via phone 01323 412000. The Congress Theatre is proud to display the See it Safely Mark, an industry award which proves the venue is running with all the Government and Industry COVID-Safe standards, and bookings come with a COVID-19 cancellation guarantee, if a show cannot go ahead due to COVID-19 related reasons a no quibble money back refund will be made.