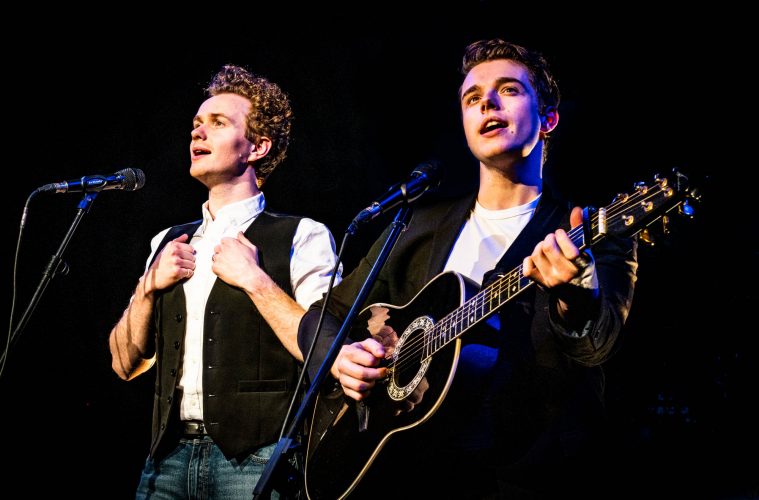 Direct from a weeklong run in London’s West End at the Vaudeville Theatre, a SOLD OUT Worldwide tour and standing ovations at every performance, The Simon & Garfunkel Story is back and comes to Eastbourne’s Congress Theatre for one night only on Thursday 21 July.

Elaine Paige described the show as “Fantastic” with critics united in calling it an authentic experience, this five-star experience will surely be one to remember!

Simon and Garfunkel were the iconic American folk-rock duo of the 1960’s, having met at school they went onto become one the world’s best loved singers of their generation. The band split in the early 70’s but were reunited at a special one-off concert in Central Park in 1981, which saw an audience of 500,000 at the time it was the largest ever audience for a live concert. The reunion however was not to last, and they split again.

In 1990 Simon and Garfunkel were inducted into the Rock and Roll Hall of Fame and the 90’s saw a return to the touring circuit for the band, but it wasn’t to last, again.

They reformed and played together for the last time in 2010 but now it’s unlikely that the band will ever return to performing as a duo again. This show then offers a special opportunity for fans to hear the music of this incredible group the way they deserve to be heard – live.

The Simon and Garfunkel Story (50th Anniversary Tour) is at theCongress Theatre, Eastbourne on Thursday 21 July, 7.30pm. Tickets priced at £24 – £26 with concessions available, to book call the box office on 01323 412000 or online eastbournetheatres.co.uk