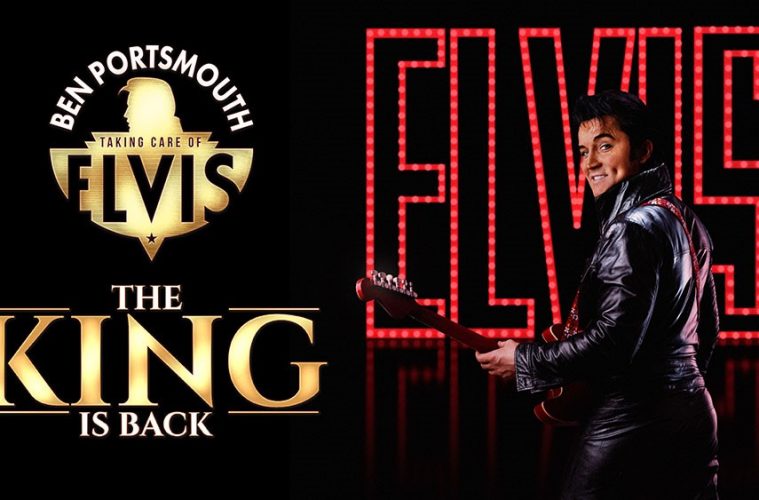 THE WORLD’S NUMBER ONE ELVIS TRIBUTE RETURNS TO EASTBOURNE

THE WORLD’S NUMBER ONE ELVIS TRIBUTE RETURNS TO EASTBOURNE

THE KING IS BACK – BEN PORTSMOUTH IS ELVIS

One of the world’s best Elvis impersonators Ben Portsmouth returns to the Congress Theatre on Thursday 16 September. His previous tours to Eastbourne have been packed and seats are already selling fast so the advice from the box office is book now!

Ben fostered a love of Elvis and his music from an early age. His father was an avid fan and Ben grew up on a diet of Elvis songs. Having honed his musical talent Ben started his journey as an Elvis tribute artist in 2005 when he formed the Taking Care Of Elvis band.

He looked like Elvis, sang like Elvis and had an on-stage charisma that had audiences believing at times they were watching the King himself. This talent saw Ben rapidly rise through the ranks of Elvis tribute artists.

Fans from all over the world declare Ben Portsmouth as the closest they have ever seen to Elvis Presley. Social media forums are overwhelmed with fans demanding his return to their country and his live performance stunned David Letterman when Ben performed on his show in 2013.

Internationally renowned as one of, if not the best Elvis tribute in the world today Ben Portsmouth will bring his unique style and charisma to Eastbourne this spring and will show audiences just why he is regarded as the best in the business.

To hear stunningly accurate renditions of your favourite Elvis songs live, book now for Ben Portsmouth and hear the closest thing to Elvis live once again! The King Is Back – Ben Portsmouth at the Congress Theatre, Eastbourne on Thursday 16 September 2021, 8pm. Tickets from £27.50, to book call the box office on 01323 412000 or online eastbournetheatres.co.uk