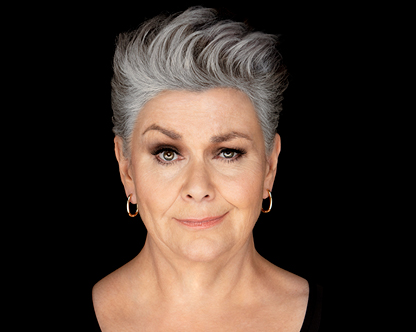 DAWN FRENCH IS A HUGE TW*T

She’s back! Dawn French, the Queen of British comedy, returns to the Eastbourne stage this autumn with a brand-new solo show, Dawn French Is A Huge Tw*t. Dawn will tour the UK from this autumn, performing at the Congress Theatre 14 October and tickets are NOW ON SALE!

The award-winning actor, best-selling novelist and all-round very funny lady is here to tell us more:

“This show is so named because unfortunately, it’s horribly accurate. There have been far too many times I have made stupid mistakes or misunderstood something vital or jumped the gun in a spectacular display of tw*ttery. I thought I might tell some of these buttock clenching embarrassing stories to give the audience a peek behind the scenes of my work life…

Roll up! Book early to see the telly vicar lady be a total tw*t on stage, live in front of your very eyes. And ears’

Dawn French Is A Huge Tw*t is written by Dawn French. The show is produced by PML & MGC and directed by Michael Grandage. Set and Costume Design by Lez Brotherston.