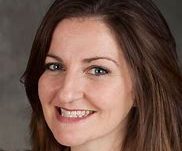 EASTBOURNE MP Caroline Ansell’s decision to vote for Tier 2 seems to be in complete contrast to business and health chiefs.

While she was praised by many for voting against Boris over free school meals, her judgement over Tier 2 is coming into question.

Tier 2 means our hospitality industry here in Eastbourne is under severe threat.

But Caroline said: “Sadly, infection rates in East Sussex have shot up.

“The county moved from 146th to 118th highest case rate in only one week and I believe there is no alternative if lives are to be saved and the NHS not overwhelmed.”

He said the number of positive Covid-19 cases in East Sussex has finally started to go down, but we all need to play our part to keep it that way.

And then read what Eastbourne’s Christina Ewbank said in her role as Chief Executive ACES Alliance Chambers of Commerce East Sussex:

“The impact on our local economy of going into Tier 2 is likely to be irreversible.

“Businesses are liable to go under in the coming weeks due to the loss of Christmas trade which traditionally supports them through the winter. “

Even Caroline’s neighbouring MP Huw Merriman has revealed she was concerned about the new measures.

She still voted in favour.

The business community says she is wrong, East Sussex’s health chief has contradicted her view.

Was Caroline right to vote for Tier 2?