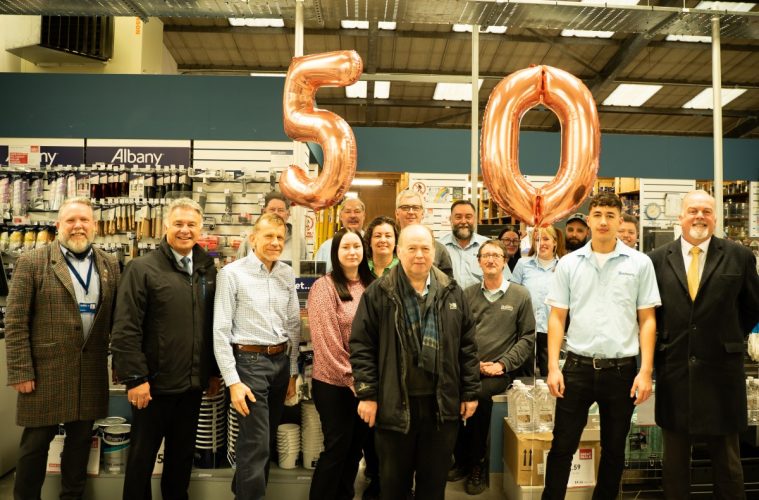 Tim Wathen has been working with Brewers since April 1972. At the age of 15, Tim started working in the warehouse in our Eastbourne branch and hasn’t looked back since! It was a true pleasure getting to know Tim and finding out a bit more about his time at Brewers.

Throughout Tim’s time at Brewers, there have been many changes. For Tim, the technological advances have been huge. Computers were not commercially widespread, so a lot of the operations that take place today would have been done with pen and paper.

Tim quickly progressed from the warehouse, working in the shop, and then joining the buying team. Tim has fond memories of his time as a buyer and would spend hours meticulously recording stock levels and spending a long time on the phone placing orders with several different suppliers. Armed with a pencil, notebook, and rubber, Tim relished in ensuring decorators had enough supply for their jobs.

Since then, Tim has worked across a range of different jobs and has helped other stores when he could. He has worked in Tunbridge Wells, Crawley, Bexhill, and Seaford over the years. When Tim first started there were between 30-40 Brewers stores compared to a whopping 180+ across the UK today!

In his down time, Tim really enjoys his garden. At the moment he doesn’t have too much time to spend in his 120×30 ft outdoor space but plans to get out and enjoy more outdoor time when he retires.

When asked whether he is the store’s go to person as the font of all knowledge Tim replied with ‘I work with so many people who have been with Brewers for such a long time. We all help each other and can rely on one another which is what it’s all about’.