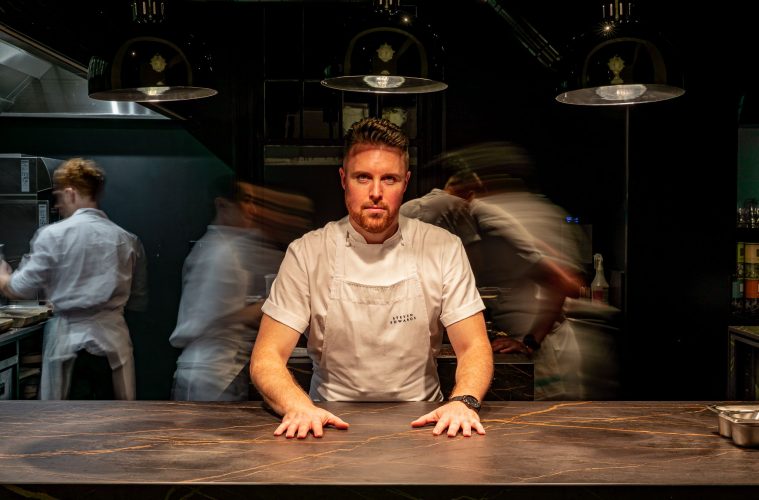 Six world-class chefs descend on Sussex next week to showcase their culinary skills at some of the South East’s finest restaurants.

Great British Menu judge Daniel Clifford and Welsh kitchen wizard Gareth Ward will be in action during the week, which has been organised by the Sussex-based food education charity, Table Talk Foundation.

Daniel Clifford will be in action at South Lodge Hotel in Lower Beeding on Sunday March 6, while Gareth Ward kicks off the week on Monday February 28 at the Interlude Restaurant, also in Lower Beeding. Also in action will be Adam Byatt, Alex Bond, Tom Booton and Kim Ratcharoen.

The world-class chefs will be collaborating with six fantastic Sussex chefs at their restaurants across the area. Between them, they have eight Michelin stars, two Great British Menu winners and one MasterChef: The Professionals winner.

The first-ever Sussex Showcase Food Week aims to raise funds for Table Talk Foundation, which supports food education for local school children, whilst supporting members of the Sussex hospitality sector. The Sussex Showcase is in partnership with The Staff Canteen.

“This is our first showcase event and we are delighted at the support we have had from some amazing chefs and the wonderful restaurants here in Sussex,” Dan said. “It will deliver diners with the most amazing culinary experience, but also help us shine a light on some of the challenges facing parents and children in respect of poor diets and associated health risks.”

Dan said that by the time children finish their primary school education, a third of them will be overweight or obese. Childhood obesity has more than doubled in the last 10 years.

“Our main focus is to support primary schools in Sussex in delivering high quality food education. We fund a scheme to bring chefs and hospitality professionals into schools to help children develop healthy eating habits, an enthusiasm and interest in food and an insight into the hospitality industry.”

A key part of the fundraising will be an online auction crammed with amazing prizes and experiences. You can find the auction brochure at https://givergy.uk/SussexShowcase

The showcase week timetable is:

The chefs will be on site from early afternoon and into the evening.