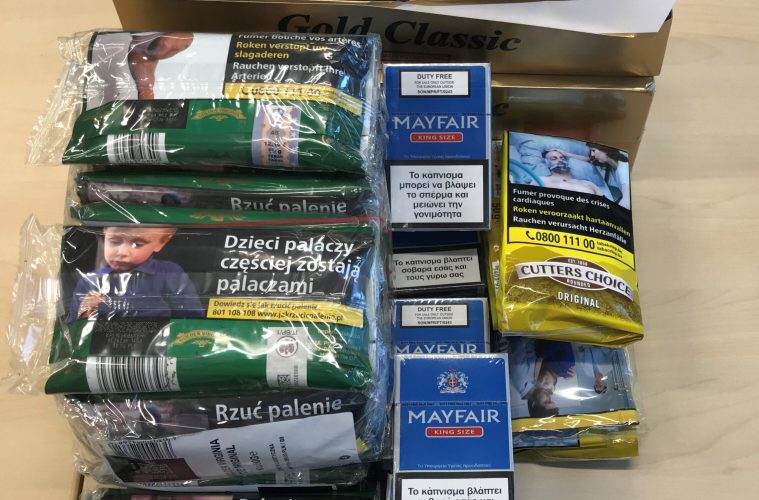 A HOVE man caught selling illegal tobacco from a Hailsham market stall has been sentenced to a 12-month community order and ordered to pay more than £2000 in fines and costs.

Howard Bull of Goldstone Crescent, Hove, pleaded guilty to the possession for supply of illegal tobacco and to a further Trade Marks offence for being in possession of counterfeit tobacco, when he appeared at Hastings Magistrates Court on Tuesday October 20.

The 46-year-old was caught with £1,825 worth of hand rolling tobacco and cigarettes during an East Sussex Trading Standards inspection at Hailsham Market in 2019, following a tip-off from a member of the public.

Bull was also sentenced to a 12-month community order with 160 hours of unpaid work in respect of the Trade Marks offence.

A destruction order was made for the tobacco seized.

This conviction follows the recent successful prosecution of 66-year-old Richard Milham, of Queens Road, Crowborough, who was caught selling illegal tobacco at Hailsham Market at the same time as Bull and pleaded guilty to the possession for supply of illegal tobacco last month.

“We take the supply of illegal tobacco very seriously and will do everything in our power to tackle this problem and protect our residents.

“Both the recent prosecutions were the result of tip offs from members of the public, who attended one of our public roadshows which aim to raise awareness of the issue and give the public the opportunity to share intelligence about the sale of such goods. We urge residents to play their part and help us keep these products off the streets by continuing to report anything suspicious.”

Anyone with information about illegal tobacco sales is urged to report it by calling the illegal tobacco helpline on 0300 999 6999 or online at www.stop-illegal-tobacco.co.uk