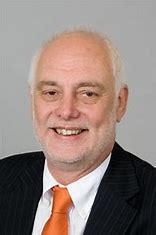 THE leader of East Sussex County Council has confirmed his administration will not be looking for new service cuts in its 2021/2022 budget, although opposition groups say the claim is “misleading”.

During a meeting of the council’s cabinet, Conservative council leader Keith Glazier said it would be the first time in more than a decade the council had not announced new cuts and the budget would ensure services did not fall below the “core offer” – a level which the council believes to be its “minimum reasonable service”.

Liberal Democrat group leader David Tutt said: “You have already planned cuts between now and 2024, so you have set out what those cuts are going to be. They are £7.28m worth of cuts.

“If I was a member of the public and I was asking whether my level of service would be as good as or better than it has been in the past, in general terms the answer is a definitive no.”

Official budget proposals are to announced in February.