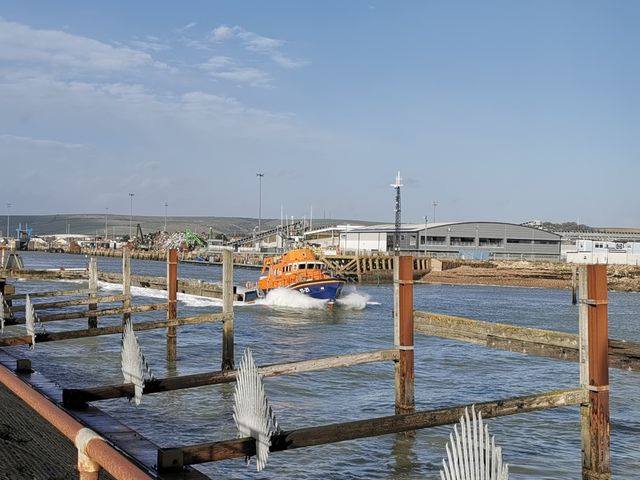 THE person dramatically rescued yesterday at Cuckmere Haven had ‘entered the water to go swimming.’

It has emerged that his partner went in to the water to try and rescue him.

Yesterday’s weather was appalling with high winds and heavy rain.

The coastguard control centre received a 999 call at around 1.10pm.

On arrival, it was established that a person entered the water to go swimming and got into difficulty.

Their partner went in to the water to try and rescue them.

One person had managed to self recover and the other was still in the water.

A Coastguard rescue swimmer entered the water and managed to recover the second person.

The person rescued was handed over to the Coastguard helicopter Crew who airlifted them to the DGH in Eastbourne.

Members of the public assisted at the scene ‘in which must have been a very distressing incident to witness.’