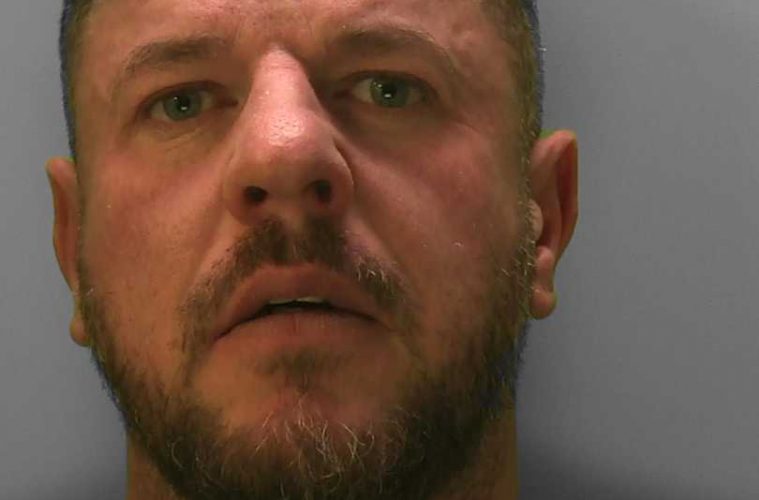 A STONE Cross man who was intercepted by police while carrying cocaine in his car with a potential value of up to £400,000 is now starting a six-year prison sentence.

Christopher Morris, 42, of Glessing Road, Stone Cross near Pevensey, was sentenced at Lewes Crown Court on Monday 11 April, having previously admitted possession of five kilos of cocaine with intent to supply, and money laundering.

Morris had just left his home on 15 December last year when he was stopped by officers from the force’s Specialist Enforcement Unit (SEU) who specialise in disruption and enforcement operations on roads across the county, targeting those involved in serious, organised and violent crime.

As they went to speak to Morris, who was alone in the car, they saw him turn behind him and on looking in the rear passenger footwell they found a bag containing two other bags, one with five kilos of cocaine with a potential street value of up to £400,000, and the other one with £40,000 cash.

At his home they found a further quantity of cocaine and several thousands pounds more cash.

Morris claimed to be carrying the drugs and cash under duress for dealers, but was unable to produce any evidence to support this, and had no option but to admit his guilt.

The police interest in Morris does not end with this sentencing. Expert police financial investigators are planning for further court action against him under the Proceeds of Crime Act, aiming for court orders to confiscate assets he gained from drugs dealing.

A spokesperson for the Sussex Police Serious Organised Crime Unit, who worked with the SEU officers in the operation, said; “This is another example of colleagues working together to disrupt drugs supply in our communities.”

To report suspicions about drug dealing in your local community, contact the police on 101 or online