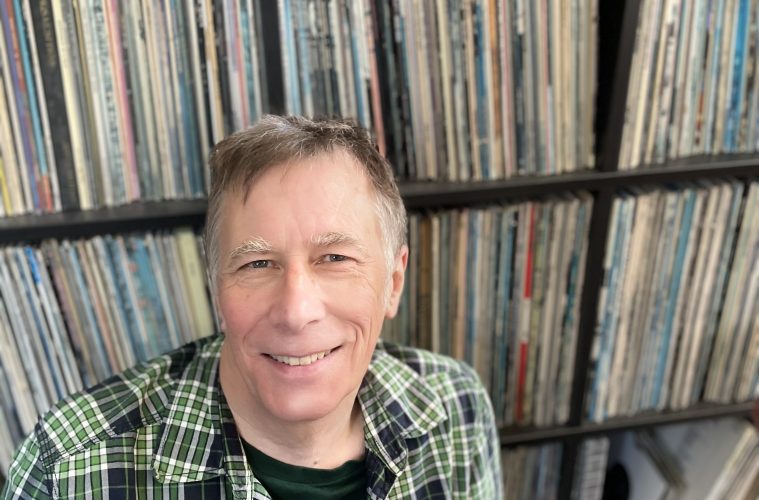 Radio DGH Eastbourne, 365 days a year,  24 hours a day, including throughout the pandemic, music for everyone,  humour,  news, weather, requests, what’s not to like!!

An Eastbourne Radio station for all those in hospital and online to the wider community.

Radio DGH is a registered charity run by volunteers.  We have people of all ages and professions to give listeners a terrific range of music and experiences.

As with everything in life, nothing is for nothing, although free to air, the Radio station can only exist with the generous support of sponsors and benefactors.  We have to pay for things like performing rights, news  feeds, insurance and upgrades to the technical equipment which is beyond the knowledge of most of us! !  Why not invest a little and help many.

Our studio is in the bowels of the hospital,  it is an intimate little space, in fact it is two studios  but Studio 2 could be described generously as bijou.  The hall is lined with hundreds of CDS  so we can satisfy the requests of our listeners.

Mentioning requests, I once had one from a husband whose wife was in the Hospital  and wanted a romantic record by Nat King Cole.  I played Stardust.  He called me back to thank me and explained the reason he wanted it was because his wife had looked after Nat King Cole for three weeks when they were in  Australia.

That is what Radio DGH is all about.   Lovely human stories for those in hospital and the wider community., through the wonders of the Internet.   If you have not listened to us give it a go,  we are on our website www.radiodgheastbourne.com ,  the Tunein app and your smart speakers.

We hope you enjoy it as much as we do.
Roger Dakin

Pictured Adrian Figgess,  a RadioDGH presenter with his vinyl collection which he draws on for his Thursday evening show

HOW OLD IS RADIO DGH?

How old is Radio DGH? Well it predates the current hospital by many years. It all started in 1951 (yes, 70 years ago) when some enthusiastic volunteers took a record player around the wards of St Mary’s hospital. After a year or two wiring was installed to broadcast through headphones and patient request programmes followed, still continuing to this day. Wiring was then put into the other hospitals until the new DGH was opened in 1976 when the current studios were opened, followed eventually by ‘Phase 2’. The headphones were replaced by bedside systems offering free radio alongside paid TV systems. Then, in a major improvement, Radio DGH became an online station which allowed ‘switched-on’ listeners to listen via their computer or smartphone allowing patients’ family and friends to listen and even make requests.

What progress over 70 years! What’s next? Well hopefully patients will still be able to listen in and get requests. Many studies over the years have suggested that relaxed listening to radio, especially music, is a valuable aid to recovery. With the addition of online broadcasting it could be thought that listening to Radio DGH outside of hospital could be a way of keeping well!

Hospital Radio has a special feel for me. I love working on Radio DGH. When I settle in front of the complex, switch on, log in, and three screens come alive I feel about to start on an adventure with friends. Just you, me and the programme. My Tuesday Magazine is designed as an amiable mix of easy music, the odd short story, anecdotes from my sixty years of travel round the world. You and I relaxing together.

At least, you relax. I have to concentrate on the buttons, slides and the making of music. All for your entertainment. All for us to communicate. I see you in my head and speak directly to you. I try to give you a pleasant hour of light-hearted interest, music and fun. We even chuckle through the times I press the wrong button or start the wrong record. But what the heck. Don’t panic. That’s live broadcasting. The peril of the OOPS is always there. We combat it together.

All my colleagues in Radio DGH have the same dedication to entertain and interest you in our wonderfully different styles. We work for you. And hope you enjoy what we do.