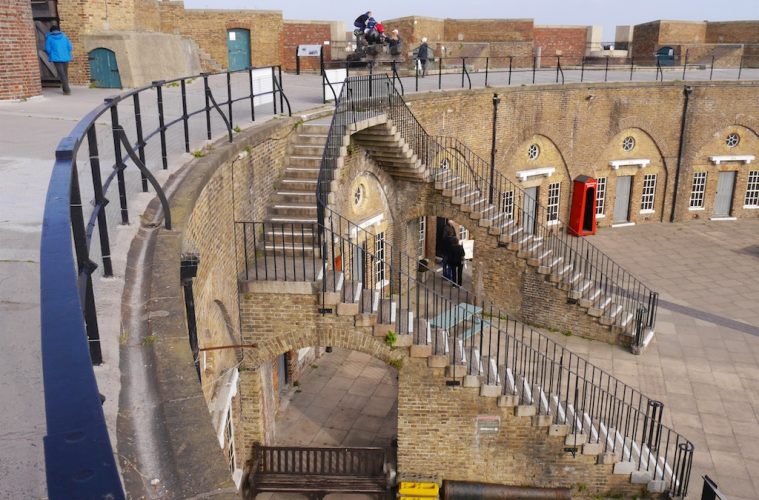 Why is the Redoubt still sadly closed on Eastbourne seafront?

Why is the Redoubt still sadly closed on Eastbourne seafront?

That is the question being asked by locals and the Friends of Eastbourne Seafront.

Here’s their statement:: “Three weeks ago, we met with Cllrs Tutt and Burton.

One of the topics covered was the Redoubt. We asked why it was currently closed.

We pointed out that disabled access (although very important) did not have to be a barrier to opening for a monument of this age. We also suggested that if it were just opened up for the public to wander around the outside during the daytime, electrics need not be an issue and the possibly unsafe casement interiors would not have to be considered..

We told them we had a team of volunteers who were ready, willing and able to get in there, pull up the weeds, splash on the odd bit of paint and do a general spruce up to get it open.

We also offered to put together teams of volunteers to get it open albeit a few days during this summer, mentioned we had a Napoleonic specialist who would be willing to do tours and offered to look at putting on an event or two.

Both Cllrs were unsure why the Redoubt was closed off but said they would find out and get back to us. We are writing to them for an update.

Wouldn’t it be wonderful if we could get a response soon? There is still possibly time to get this wonderful, historic building open for even just a couple of days. Wouldn’t it be worth it?”

We did ask the council for a response – alas nothing.