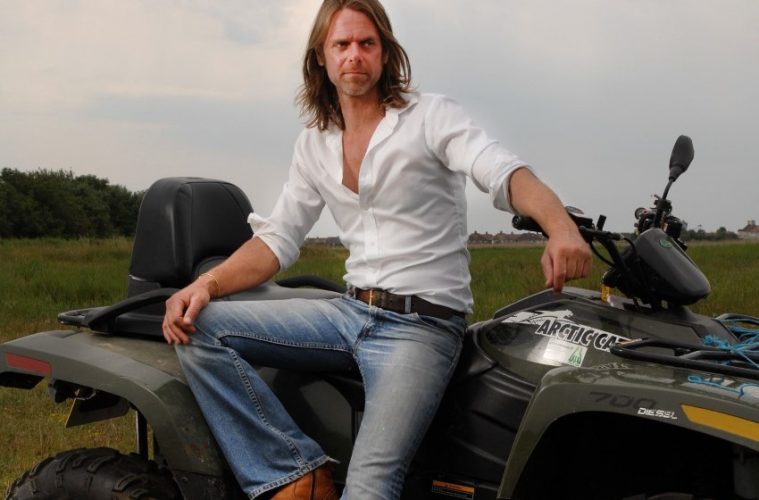 MIKE Fairclough has always been a man on a mission.

He came to Eastbourne in 2004 when he was appointed Head at West Rise Junior School in Langney.
He has stayed in that role more than doubling the size of the school, having adopted a style of leadership many view as alternative.
Now he has put his unique way of thinking into a new book which has just been published and has already been endorsed by favourites such as the Duchess of York and Dame Jacqueline Wilson.
Wild Thing, published by Hay House, is a self-help style book designed for adults who want to release the creativity and resilience that they used to enjoy as children.

First, the school.
Mike, 48, said: “West Rise has always, and continues to, provide me with a challenge. It has been very popular over the years and both our Ofsted judgements and pupil outcomes have been consistently good.
“It’s the ethos of the school which remains very strong. We teach the children about resilience, teamwork, wellbeing and creativity.
“For example, they are all taught how to light a fire, cook outside, play with our water buffalos and beekeeping.
“I grew up in the countryside and when I was young, I went running in the woods, often trespassing and hunting. I wanted to bring that vibe from my youth into the school.
“When i joined West Rise, we had 179 pupils. Today we have 365.”
Next, his personal life.
Mike is dad to four children, including twins aged three, but tragedy struck in 2011 when his wife Selina died.
He recalls: “That was when I really valued the West Rise community. They really did provide me with amazing support.
“I went back to work the week after the funeral. I didn’t know where I was really but it was important for me to be there.
“Staff were cool, so supportive and loving. I was up against it well and truly but it was part of the healing process.”
Selina had died suddenly from a brain tumour. She was only ill for six weeks before her death.

Then, how he found love again.
He said: “I guess I threw the rulebook out of the window because soon after I met Sundeep while I was on holiday in India. We married soon after.
“My trip to India helped me to reconnect with life. It liberated me again. I was out in the jungle cold water swimming.”

And so to the book, which he wrote in 2017 and has just been published.
“Most of the time children are happy and resilient. Yes, there has been increased anxiety during this current pandemic but the majority of youngsters are brilliant at dealing with change and the unknown.
“They love to play and be imaginative, they can create games out of thin airs and very often because of their age they are risk takers too.
“This underpins their happiness, and that is what I aim to get across in my book, that these thoughts can be transferred into the adult world.
“It’s about encouraging adults to be more playful, develop the spirit of adventure, take risks and show gratitude.
“It’s about moving adults from their comfort zone.”
The book consists of 27,000 words and there are Top Tips at the end of each subject.
“Life is difficult at times but those difficulties can help us to grow.
“The seriousness of adulthood can weigh us down. I want to remind people that this doesn’t have to be the case and give them a lift.

The book is available by Amazon

This article appears on page 4 of the current Bournefree edition.