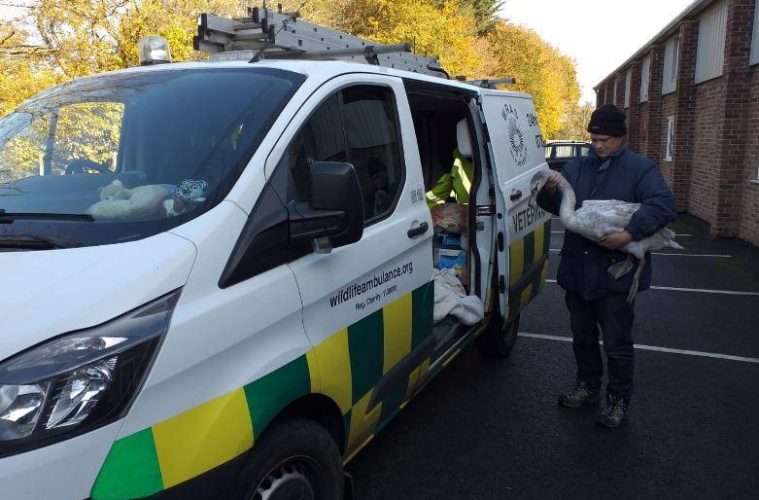 East Sussex Wildlife Rescue and Ambulance Service (WRAS) has received numerous phone calls about injured young birds which have crash-landed in the past week, as they learn to fly and explore.

WRAS’s veterinary ambulances attended two calls within just 15 minutes of each other.

One call via Sussex Police to a swan by Fort Fun on Eastbourne Seafront and the other just off Wordsworth Drive in Langney.

Unfortunately nobody was waiting with the swan near Fort Fun which wasn’t found, but the lady stayed with the swan at Langney and that was picked up and taken to WRAS’s Casualty Centre for assessment.

WRAS Rescue Co-ordinator Trevor Weeks said: “The swan may still be able to walk around, but could be suffering from invisible injuries.

Staying with the swan will keep the swan safe and stop them from walking out into the road, but will also help our ambulances to quickly find the swan and get them picked up and checked over.”

It is that time of year when young swans are leaving their parents and flying around, but they are still wearing their L plates.

East Sussex WRAS is urging anyone who sees a swan crash land to call their local wildlife rescue as often these swans injure their keel or have very painful injuries which cannot be seen externally.

The service is asking people not to herd swans into nearby ponds and rivers but to stay with the swan, keeping them safe and to call for help.