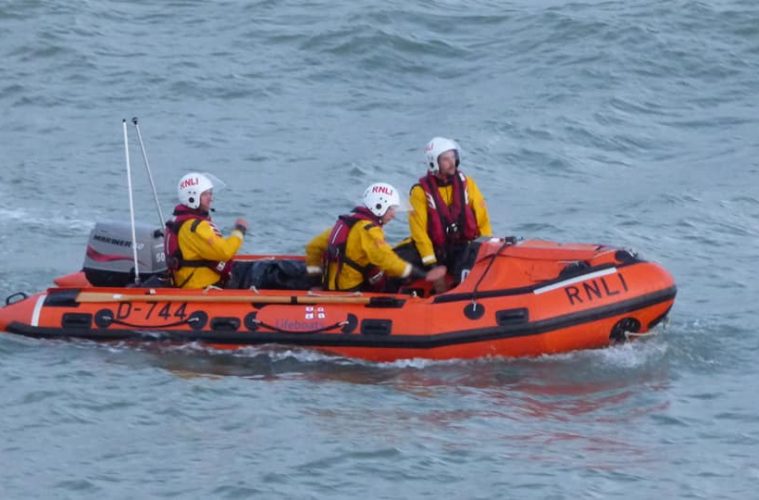 A Windsurfer in distress was rescued near Pevensey Bay yesterday (Sunday).

When they arrived they found that a member of the public was assisting the windsurfer, they checked on the casualty and stood by until the windsurfer was safely back on the beach.

They returned to the station and made the boat ready to launch again by 7.15pm.

The crew were Dean Parker, Aaron Stevenson and Ryan Needham.

It was Ryan’s first shout since joining the crew, following in dad Dave Needham’s footsteps as Dave has been part of the crew for several years.

He said: ‘It was great to finally put my training into action on my first shout. I was nervous and excited. It was also a bit odd as I’ve been shore crew when my dad was gone out on shouts so for it be the other way round with him as shore crew and me going out on the shout was a bit different.’

Dad Dave Needham added ‘It was great to see Ryan go out on his first shout as part of the crew and even better our roles were reversed as normally, he is shore crew when I launch so it was a proud moment seeing him go.’