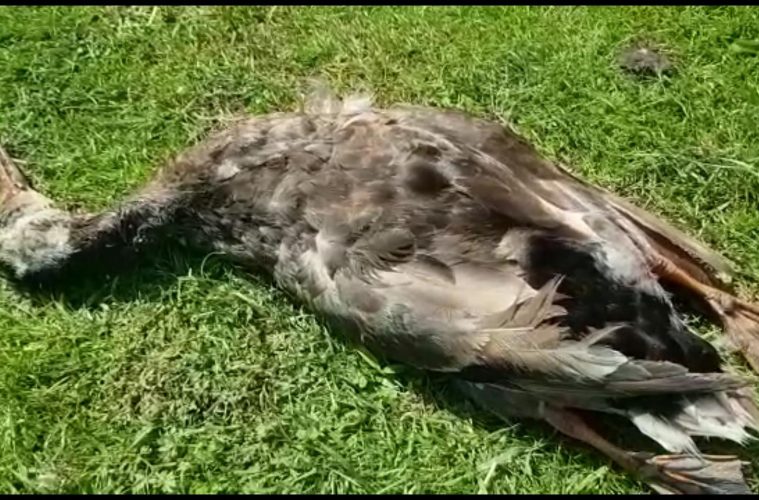 Rescuers Trevor Weeks, Julie Stafford and Jack Ley, from East Sussex WRAS were attending the site after reports of an injured goose, but on their arrival they discovered a severely injured mallard duck struggling to breath.

Rescuers witnessed several young lads, with the duck, who fled the scene as rescuers approached.

The mallard duck was unconscious, unresponsive and passed away at the scene. The duck was found to have an injury to its neck, multiple fractures to one wing, and possible crush injuries.

Rescuers dialled 999 and Sussex Police attended on site and are now investigating the incident. East Sussex WRAS are asking anyone with information on the incident to contact Sussex Police via e-mail 101@sussex.pnn.police.uk.

“Despite being involved in wildlife rescue for 35 years now, I felt physically sick after dealing with this duck. The suffering which this poor creature must have gone through is horrific. I don’t understand why anyone would do such a thing. I hope that someone comes forward with information to help prevent this from occurring again” said Trevor Weeks MBE, founder and Operations Director from East Sussex WRAS.