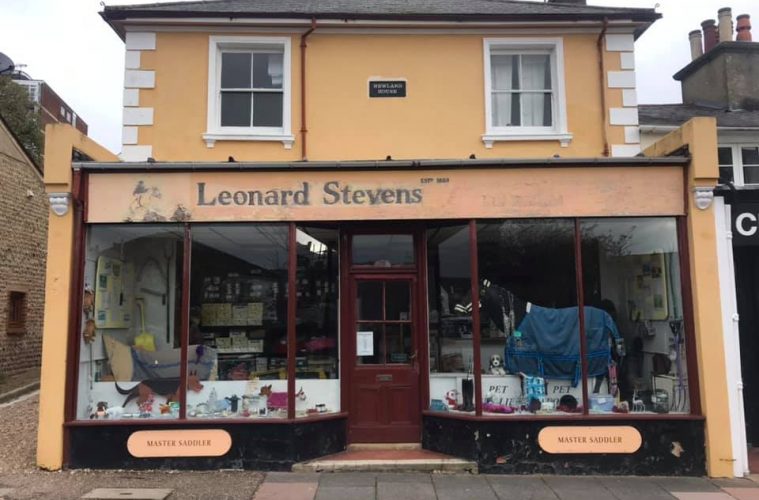 TRIBUTES are being paid to Eastbourne Master Sadler Lawrence Stevens.

Eastbourne Master Sadler, archaeologist, historian and all round character, Lawrence Stevens passed away, at home.

This tribute is from Heritage Manager Jo Seaman:

“Walking by Lawrence’s shop just now left me with lump in my throat and I’m not afraid to admit, a tear in my eye. The shop was the heart of Lawrence and Pat’s (who tragically passed away in 2017) operations and entering its wonderfully aromatic confines was never going to be a brief visit. A quick ‘pop in’ would frequently end up being an hour or so of chatting, planning and lively discussion…often interrupted by slightly bemused customers after leather repairs, feed or eggs!

These chats with Lawrence started in 2006 when I became involved with the Eastbourne Museum Collections. He (and Pat) helped me settle in to the Town and the local heritage community. He encouraged, educated and debated with me. In time I was regarded as part of the Eastbourne ‘set up’ and he would frequently speak to me about people and projects that I had never known or been part of as if I had been there with him…at this point I knew I had been accepted!

Since then I am very happy to say that Lawrence and I became friends, not always agreeing with each other, but always wanting to hear the other’s opinion and respecting it. It was wonderful to be at his 80th birthday party last year and the turnout showed just how respected and liked he was.At sad times like this we will hear about what an incredible chap Lawrence was, how encouraging, helpful, knowledgeable and astute…all of which are very true.

But for me it was Lawrence’s wit, wicked sense of humour and sometimes outright mischievousness that will always make me smile. You just have to look back at some of his letters to the local paper (memorably about Smugglers tunnels!) to see that he did not suffer foolish thought and to be on the end of a Lawrence chastisement was not something to be envied!We will write more, when the time is right, of Lawrence’s achievements and legacy and I wholeheartedly regret not being able to excavate the original mill site at Willingdon Hill with him ( a project that I am determined we will carry out in his name).

But mostly just now I want to say ‘thank you Lawrence’ for keeping me going in the tough times, for making me laugh,for helping me to understand Eastbourne and most of all for being a good friend.

Our heartfelt condolences go to Cecilia and his family.