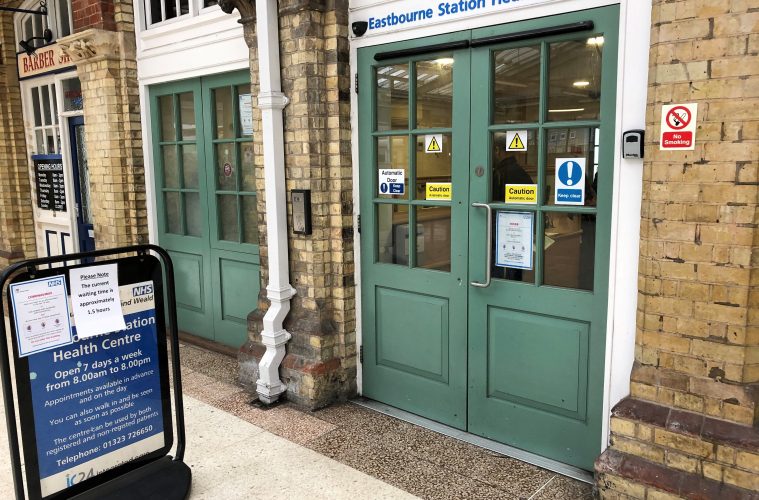 The centre at the railway station will close this summer.

Caroline Ansell MP is against the decision but health bosses pushed the closure through.

East Sussex Save The NHS Campaign has released a statement criticising the process.

It says: “For well over a year now, we have campaigned against the closure of the walk-in centre at Eastbourne station.

By the time the final decision was annouunced in early December we had amassed nearly 5000 signature from local people against the closure.

Our population were fantastic and we found that when we were collecting signatures outside the station between 80 and 90 % of those we stopped were more than happy to sign.

Many of you also told us of very unique and personal circumstances that have arisen where our walk-in centre has literally saved your life or the life of someone close to you.

Our campaign was also supported by many different local organisations including Eastbourne Chamber of Commerce, Eastbourne Hospitality Association, Eastbourne Access Group and our local council. But sadly this was not enough

They have not only ignored public opinion but they also ignored the many logical arguments we had made against the closure.

We had met with the Health Overview Scrutiny Committee’s review board from the County Council and also with people from the CCG.

But we were left feeling that the review board were simply trying to patronise us and had no intention of paying attention to what we were saying.

The CCG seemed to be equally indifferent to our arguments and responded with the usual rhetoric and propaganda we had come to expect.”

Go to Democracy and reason are ignored as the closure of our walk-in centre is agreed – East Sussex Save the NHS Campaign (wordpress.com)

Health bosses insist the decision was made in the best interests of local people.