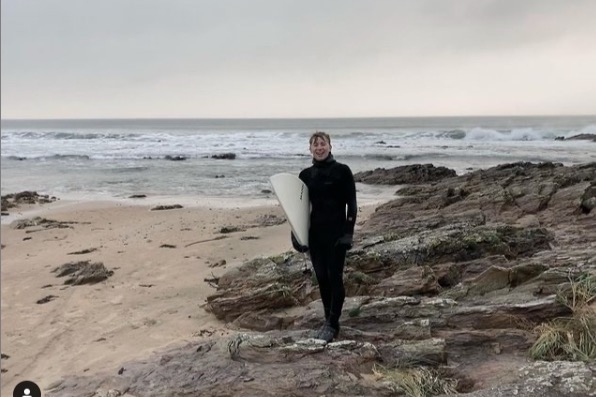 THE money keeps coming in!

A man who saved a woman’s life on Wednesday afternoon at Birling Gap has beaten his fundraising target after his surfboard was broken during the rescue.

The cost of the new surfboard was £650 so all money pledged from now goes to the RNLI.

You can donate at Fundraiser by Paul Manser : Helping Noah and the RNLI. (gofundme.com)

A woman was trapped at Birling Gap  by the incoming tide and after a call for help, three guys out surfing went to assist.

The lady was trapped on a small beach and the dangerous swell made it impossible to move her without help from the RNLI.

The surfers  made the decision to wait on the beach for the inshore lifeboat, but were fully aware that it wouldn’t be able to come close to the beach due to rocks and a big shore-break.

After around 25 minutes, the rib lifeboat appeared.

Noah, one of the surfers jumped in, paddled out to the rib, retrieved a lifejacket and went back to the lady.

By this time he was holding the lady up against the surge.

After placing the  lifejacket on her and inflating it, they then committed to go to the rib but the wave surge took them off.

The three surfers managed to swim her out in very difficult conditions with waves of 8ft breaking over their heads.

The rib was now trying to reverse towards them to get to the lady faster. Unfortunately, as they watched, the boat got hit by a large set of waves which tipped the boat onto its side and it then crashed on the beach. The boat could no longer rescue the lady!

The lifeboat crew managed to swim through the waves and wait to be picked up. One got out in reasonable time but two others had some trouble and also had to be rescued.

Liam and Noah got the lady on top of two surfboards and waited 15 to 20 minutes for the helicopter which had now been called which arrived and winched her away. The surfers paddled themselves back to Birling Gap beach.

As a result of this, Noah’s  brand new surfboard was smashed on the rocks as a result of saving a person’s life.

A fundraising page has been set up in aid of getting Noah back on the water.

Any donation would be hugely appreciated; in the end he with others helped save a life from the freezing sea.


This GoFundMe is aiming to replace the lost surfboard of one of the rescuers, and to raise money for Eastbourne RNLI to replace their inshore lifeboat which was damaged during the rescue, by being thrown onto rocks.

A BIG THANK YOU
to everyone who donated! It’s much appreciated!!